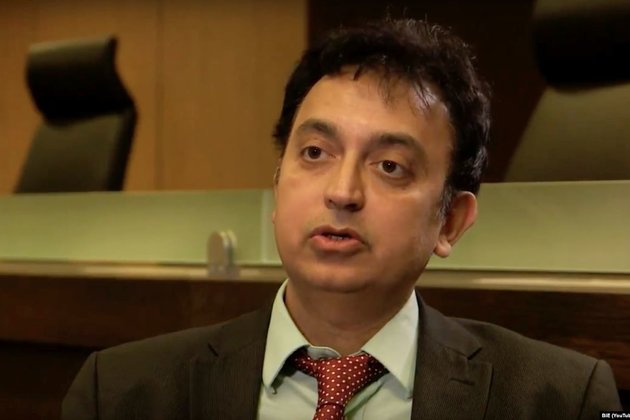 The UN's special rapporteur on human rights in Iran says there were "increasing restrictions" last year on rights to freedom of expression, liberty, and a fair trial in the country and he assailed Tehran for its high number of executions, including of at least seven children.

Javaid Rehman's comments came in a report -- titled Situation Of Human Rights In The Islamic Republic Of Iran -- written last month and circulated to the UN General Assembly on August 16.

In it, he expressed concern that Iran has more than 80 offenses punishable by death, including adultery, homosexuality, drug possession, 'waging war against God, corruption on Earth, blasphemy, and insult of the Prophet' Muhammad.

Many of the death penalty offenses, he said, are not considered serious crimes under the International Covenant on Civil and Political Rights.

The reason for the overall decline, he said, was enforcement of a 2017 amendment to Iran's anti-narcotics law that brought the number of executions for drug-related offenses down from 231 in 2017 to an estimated 24 in 2018.

But he pointed out that seven child offenders were reportedly executed in 2018, among them two 17-year-olds for alleged rape and robbery - who, Rehman said, 'were reportedly forced to confess under torture.'

Rehman reiterated a statement by UN human rights chief Michelle Bachelet that the execution of child offenders 'is absolutely prohibited and must end immediately.'

He also expressed concerns at what he called the arbitrary arrest, detention, ill-treatment, and denial of medical care for dual and foreign nationals.

He estimated there are at least 30 such cases, citing specifically Iranian-Austrian Kamran Ghaderi -- who has been detained since January 2016 and is suffering 'from a tumor in his leg.'

'Over the past 40 years, the Baha'is, considered to be the largest non-Muslim and unrecognized religious minority in the Islamic Republic of Iran, numbering an estimated 350,000, have suffered from the most egregious forms of repression, persecution and victimization,' he said.

'Regarded by the Iranian authorities and by the Iranian criminal justice system as 'unprotected infidels,' 47 Baha'is have been murdered with impunity and violations of their human rights have not been investigated' since the Islamic Revolution of 1979, it said.

The UN expert also assailed Tehran for the treatment of ethnic minorities, including Arab Ahwazis, Azerbaijani Turks, Baluchis, and Kurds.

The Geneva-based UN Human Rights Council appoints special rapporteurs and independent experts to investigate and report on a specific human rights theme or a country situation. The UN says the positions are honorary and the experts are not UN staff or paid by the organization.

Iran did not immediately comment on Rehman's remarks. After a similar report submitted on February 27, the Iranian Judiciary's High Council for Human Rights did not address specific allegations, but it lambasted the UN expert -- who is a British-Pakistani legal scholar and professor of Islamic law and international law at Brunel University.

The Iranian council said Rehman's numerous interviews with various media outlets, including the BBC, which is "well-known for its hostile reports against Iran," are "a blatant violation" of the UN framework.

With reporting by AP, RFE/RL's Radio Farda, and UN News