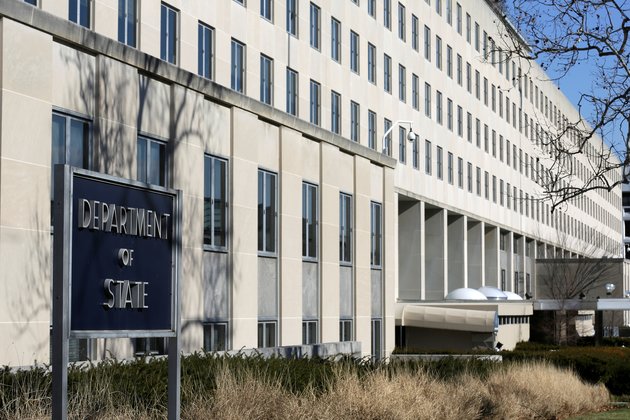 WASHINGTON - The State Department says it will assess its programming and redirect all funding on foreign aid, after U.S. President Donald Trump abandoned plans to cut $4 billion in spending on the grounds that it was wasteful and unnecessary.

"As part of this discussion, we agreed to continue to assess our programming and redirect all funding that does not directly support our priorities," said a State Department spokesperson on Friday.

"This effort will ensure every foreign assistance program funded by U.S. taxpayers is both effective and supports our foreign policy priorities," added the spokesperson.

One of the programs under assessment is U.S. foreign assistance to the Northern Triangle countries of El Salvador, Guatemala, and Honduras. The State Department said those nations are not taking concrete actions to reduce the number of illegal migrants coming to the U.S. border.

Trump had considered cutting the spending on grounds that it was wasteful and unnecessary, but retreated when it became apparent that some key lawmakers were opposed.

The Trump Administration officials briefly suspended State Department and U.S. Agency for International Development spending, eyeing a budget process known as "rescission" to cut up to $4.3 billion in spending already authorized and appropriated by the U.S. Senate and House of Representatives.

"The president has been clear that there is waste and abuse in our foreign assistance, and we need to be wise about where U.S. money is going," a senior White House official told VOA. "Which is why he asked his administration to look into options to doing just that."

But after both Republican and Democratic lawmakers objected to the White House effort to freeze the foreign aid already approved by Congress, the Trump administration gave in.

"It's clear that there are many (in Congress) who aren't willing to join in curbing wasteful spending," the White House aide said.

Some of Trump's top budget cutters wanted him to trim the foreign aid as a show of fiscal restraint after Trump recently signed a two-year, $2.7 trillion spending plan.

But House Speaker Nancy Pelosi, who oversees the Democratic-controlled House of Representatives, said that withholding the money would have violated "the good faith" of reaching agreement on the long-term budget.

Trump had expressed some ambivalence over the funding.

Former USAID officials had denounced the White House's plan to cut U.S. foreign assistance, which is a tool to advance U.S. interests.

In a tweet, former USAID Administrator Gayle Smith said the plan to "rescind billions in development funding is as ineffective as it is shameless."

She added that the development funding "isn't just charity," but a way to foster U.S. values, foreign policy, national security and economic interests.