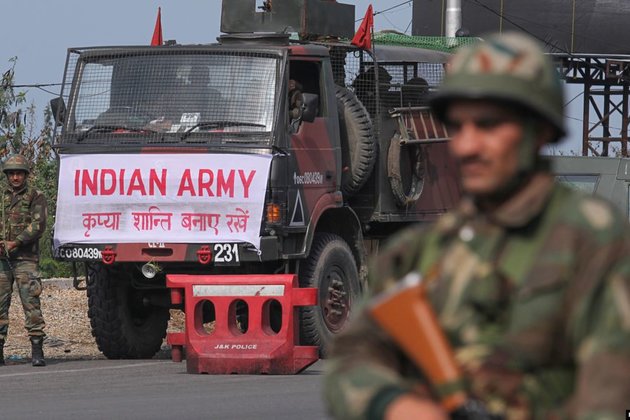 ISLAMABAD -- At least four civilians and three soldiers are said to have died during cross-border skirmishes between Pakistani and Indian troops late on October 19, reportedly making it one of the deadliest days since New Delhi revoked the special status of Indian-administered Kashmir in August.

The conflicting reports from each side suggested the death toll could still rise from the late-night incident.

Pakistani Army spokesman Major General Asif Ghafoor, in a tweet on October 20, blamed 'unprovoked' shelling from the Indian side of the de facto Line of Control that he claimed was 'deliberately targeting civilians.'

Three civilians and one soldier in Pakistan-administered Kashmir died as a result, he said, and two Pakistani soldiers and five civilians were injured.

He added that Pakistani troops had retaliated, killing nine Indian soldiers and injuring 'several' more. He said two Indian bunkers had been 'destroyed.'

But Indian sources disputed that account of events and casualty figures.

Muslim-majority Pakistan and Hindu-led India have fought three wars since gaining independence from Britain in 1947, two of which were over control of Kashmir, the divided region claimed by both countries.

A decision by New Delhi in August to revoke the special constitutional status of India-controlled Kashmir and impose a security lockdown sparked new tensions between the South Asian rivals.

Two people were killed in renewed gunfire exchanges between Indian and Pakistani border forces in the same region in late September.

Based on reporting by RFE/RL's Radio Mashaal, AP, and Reuters