MLS Supporters' Shield to be awarded in 2020 after all 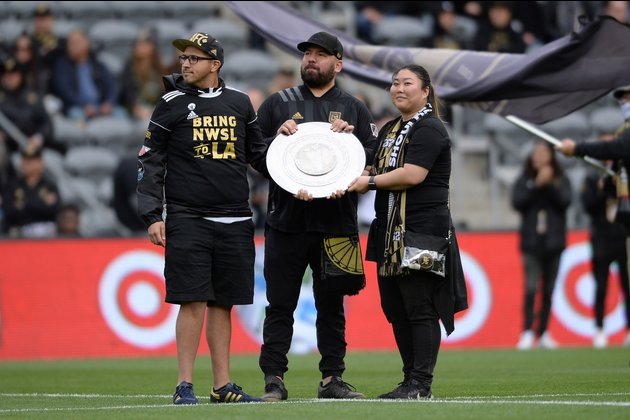 The MLS Supporters' Shield will indeed be presented in 2020, after the decision to not award the hardware was rescinded.

The polished silver prize, which goes to the MLS team with the top record in the regular season, will be handed out after a decision earlier this month to bypass the honor because of schedule upheaval caused by the COVID-19 pandemic.

Among the concerns that led to the original decision were the unbalanced schedule in 2020, not to mention the lack of, well, supporters in the stands.

The award is handed out each year by the Supporters' Shield Foundation, a group appointed by the Independent Supporters Council.

"After consulting with all of the MLS ISC representatives, we, the Supporters' Shield Foundation board, will be reversing our initial decision and awarding the Supporters' Shield for the 2020 season," the group said in a statement posted to Twitter on Friday. "You asked to be heard. In the end it was your input and the votes that showed us this is the right choice."

Toronto FC head coach Greg Vanney and Philadelphia Union midfielder Alejandro Bedoya both criticized the decision. Toronto FC (12-2-5) lead MLS with 41 points, while the Union (11-3-5) are next with 38.

"It is a huge sign of disrespect to the players," Vanney told TSN earlier this month when the decision was made to not hand out the award. "It has arguably been the most difficult season in the history of our league where people have put their health at risk to play and put games on television for fans. This season required a huge commitment from all the teams -- people were genuinely afraid for their health.

"It's a disgraceful decision that delegitimizes the whole idea of the Shield in our opinion. Those made the decision are like kids in a park who take the ball away when the game isn't going their way. It's childish and a symbol that they don't know how sports operates."

The regular season will be followed by the MLS Cup playoffs, with the MLS Cup Final scheduled for Dec. 12.