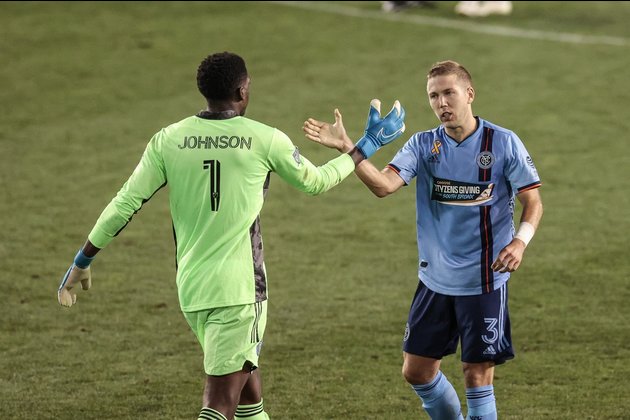 Taty Castellanos scored in the 55th minute of that match, however the striker will join veteran defender Maxime Chanot in being suspended for Saturday's contest due to yellow card accumulation.

"I think it's way too early to think about what we're going to do next week." NYCFC coach Ronny Deila said. "But we have enough players to have a good team on Saturday."

One of those players is 2019 team MVP Maxi Moralez, who provided inspiration in his 28-minute return Sunday from a seven-game absence due to a knee injury.

Defender Anton Tinnerholm consistently has played well for NYCFC, who have surrendered just 19 goals in 19 games this season to find themselves clinging to sixth place in the Eastern Conference. Conversely, ninth-place Montreal has been extremely generous by conceding a conference-worst 36 goals.

The Impact tightened up defensively in their last match, however, and posted just their second win in nine outings (2-6-1) with a 2-1 victory over Inter Miami CF last Saturday.

"This was a massive game for us," defender Joel Waterman said. "We looked on this as a six-point game because the standings are so tight."

Bojan earned MLS Player of the Week honors after scoring a goal and setting up Maxi Urruti's tally in the 80th minute versus the expansion side.

Urruti's goal was his fifth of the season, one shy of matching Romell Quioto for the team lead.

The Impact didn't find the net versus NYCFC last season. They settled for a scoreless draw at Yankee Stadium on April 6 and dropped a 2-0 decision at home on May 4.