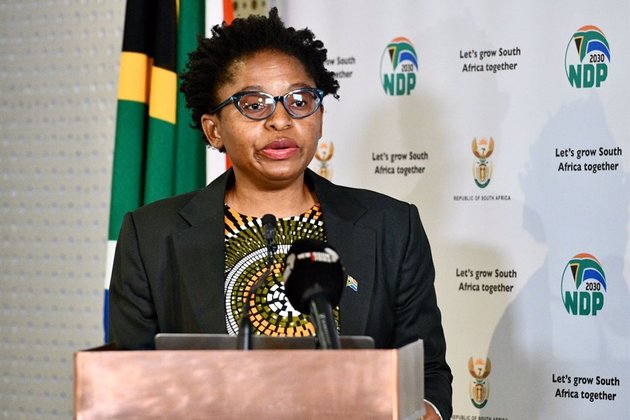 A local freight company could access neither exported nor imported goods due to what acting Minister in the Presidency Khumbudzo Ntshavheni called a cyberattack on state-owned Transnet.

Ntshavheni was briefing reporters on Friday about the security and restoration of socioeconomic activities following unrest in some parts of Gauteng and KwaZulu-Natal last week.

At the time, she said the "breach" of IT infrastructure at Transnet, which happened on Thursday, was still regarded as unrelated to the unrest, but government was nevertheless investigating whether the events were indeed linked.

Our clients are very upset, but there's nothing we can do about it. Tanja Steenkamp, Sebenza Freight Services' operations manager

Following Ntshavheni's announcement, Transnet spokesperson Ayanda Shezi said the parastatal had "identified" and "isolated" the source of the disruption in its IT system.

However, by the time of going to press, Shezi had not responded to specific questions about new developments.

Questions were also sent to Ntshavheni's spokesperson, Nonceba Mhlauli, who referred City Press to presidency spokesperson Tyrone Seale because she was on leave.

Attempts to obtain comment from Seale were also unsuccessful.

Meanwhile, Johannesburg-based Sebenza Freight Services was among a number of companies that were affected by the alleged attack.

Tanja Steenkamp, the company's operations manager, said they could not move any containers into or out of ports. She said they had received a note from Transnet informing them that it had suffered a cyberattack and its IT system was down.

"Our clients are very upset, but there's nothing we can do about it," said Steenkamp.

The company provides air, sea and road freight; marine insurance; customs clearing; and warehousing services. City Press understands that it has also been unable to track containers because Transnet's telephone lines and website are down.

This is creating massive delays and creating unreliability of the movement of goods across all modes of transport. Gavin Kelly, Road Freight Association CEO

Gavin Kelly, CEO of the Road Freight Association, said they were dismayed and gravely concerned about the cyberattack on Transnet.

"This is creating massive delays and creating unreliability of the movement of goods across all modes of transport - with road freight bearing the brunt of the impact," he said, adding that gates to ports had been closed, which meant that no trucks were moving in either direction.

"This has immediate effects - the queues will get a lot longer, deliveries will be delayed and congestion will increase. The manual processes being used are also creating problems in terms of operations. Road freight operators already have a huge backlog resulting from last week's civil unrest.

The delays at the port will further exacerbate the problem. Deliveries will become unreliable and unpredictable, adding further inefficiencies to the supply chain.

"The system needs to be adapted to ensure this sort of thing doesn't happen again. In the meantime, an alternative system, even if it's manual, needs to be put in place to ensure freight keeps moving into and out of the ports," he said.

If this matter isn't addressed urgently, the nonfunctioning of our ports will be yet another reason international traders and shippers choose other ports in Africa through which to move goods.Kelly

The implications for the country, said Kelly, were serious in both the short and long term.

"The past five years have seen our ports deteriorating further. In a World Bank report issued earlier this year, the Port of Durban was listed as one of the three worst ports in the world out of 351 ports that were assessed. The cyberattack is going to result in more reputational damage to South Africa. This further threatens our country's status as the 'gateway to Africa' for the import and export of goods.

READ: What happens when your digital life disappears?

"If this matter isn't addressed urgently, the nonfunctioning of our ports will be yet another reason international traders and shippers choose other ports in Africa through which to move goods."

Steve Harris, the general secretary of the United National Transport Union, said Transnet had endured numerous setbacks due to inefficient support from other key role-players over the past year, which had hampered its executive in restoring it to the leading rail and logistics entity in Africa.

Transnet is prioritising the export of reefer containers, primarily through the Port of Durban.Ayanda Shezi, Transnet spokesperson

Harris said Transnet had reported that it had suffered a loss of more than R259 million due to the unrest at the ports of Richards Bay and Durban.

Shezi said their technical teams were working around the clock to ensure that the impact remained minimal.

She added that, to support local exports, manual port and rail operations were continuing.

"Transnet is prioritising the export of reefer containers, primarily through the Port of Durban. This as the citrus season nears its peak. Two export-bound vessels have started a loading cycle at pier 2, while a third vessel is discharging imports at pier 1 and will soon commence loading reefer containers," said Shezi.

Since the start of the season in April, she said, reefer container volumes were 12% higher than in the same period last year.