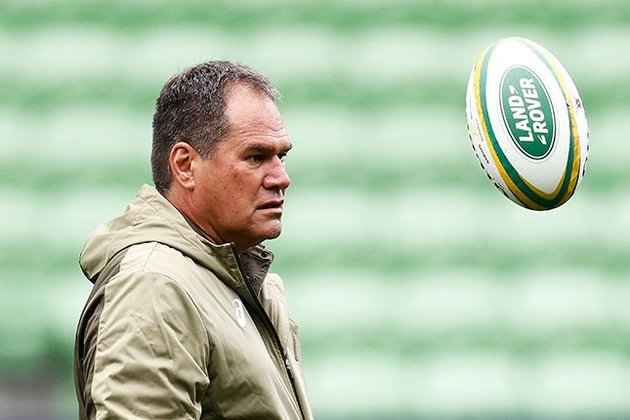 Australia named an enlarged 42-man squad, including eight uncapped players, Sunday as they continued to build toward the Bledisloe Cup and Rugby Championship despite New Zealand closing its borders.

The opening match against the All Blacks in New Zealand is scheduled for August 7 and officials have been scrambling to confirm the series since Friday when New Zealand Prime Minister Jacinda Ardern closed the trans-Tasman bubble because of the Covid-19 outbreak in Australia.

Although no decisions have been reached, Rugby Australia chief executive Andy Marinos said they were working through different scenarios and "we aim for a positive outcome in the coming days."

The Wallabies have been kept in a bubble in Queensland since their recent series against France and are believed to be seeking a travel exemption from the New Zealand government.

"We have a great opportunity coming up in the Rugby Championship and Bledisloe Cup Tests to build on the momentum we picked up during a tough French series," coach Dave Rennie said when naming his squad.

"We know we've still got a way to go to get to where we want to be but that challenge is exciting and something we're looking forward to."

Test centurion Michael Hooper will captain a squad which features the return of 2019 World Cup lock Izack Rodda and his Western Force teammate Tom Robertson, who last played for Australia in 2018.

Wing Marika Koroibete has been retained despite announcing he is moving to Japan at the end of the year, while former Queensland Reds playmaker and current Toulon back Duncan Paia'aua is included after previously wearing a Wallabies' jersey in an uncapped match against the Barbarians in 2017.