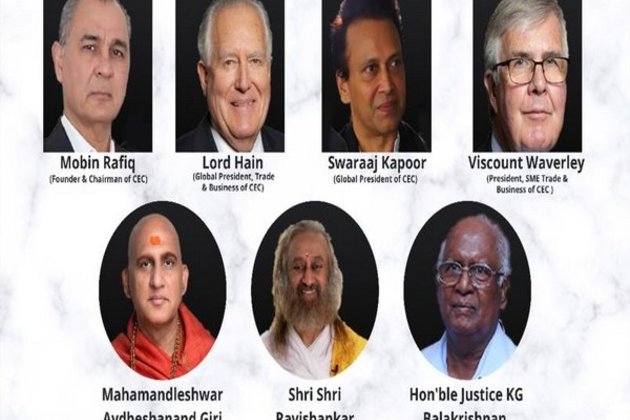 New Delhi [India], July 25 (ANI/Target Media): As Commonwealth Entrepreneur Club (CEC) headed by noted entrepreneur Swaraaj Kapoor joined hands with Gandhi-Mandela Foundation, Kapoor has pledged to carry forward the works and ideals of iconic late Nelson Mandela to further heights as he spoke recently at a solemn function in New Delhi to pay glowing tributes to legendary Mandela on his 103rd birthday which has been marked as a special day by United Nations (UN).

"It's not just to spend 67 minutes of the day to do good works for the people for the 67 valuable years, most of which were spent in prison, Mandela gave to uphold the rights and dignity of humanity. We should do good works everyday as a fitting tribute to Mandela," said Swaraaj Kapoor emphatically.

CEC is a club with head office in UK that promotes bilateral trade and business development in all the 54 Commonwealth countries which were originally British colonies. The Club is now expanding in India and is making a core team of 100 people.

The membership of CEC is free and it's only by selection and reference and due diligence by core team from UK which compromises of all Lords and Earls and Sirs of England.

It was a perfect synergy of ideology of the great man late Nelson Mandela.

Keeping the sprit of the legend, the unparalleled symbol of suffering and triumph for his fight against apartheid, racism and restoring decorum and dignity back to Africa and rest of the world, similar principles Commanwealth Entrepreneurs Club has inculcated with performance leader also for business, education and governments with Swaraaj Kapoor as Global President of Comonwealth Entrepreneurs Club.

"At CEC we have many interesting and meaningful plans for future which we'll spell out phasewise," said Swaraaj Kapoor with a high degree of optimism adding, "Remember, Commonwealth is about 54 countries 250 billion population and 10 trillion dollar business and trade.

This story is provided by Target Media. ANI will not be responsible in any way for the content of this article. (ANI/Target Media)