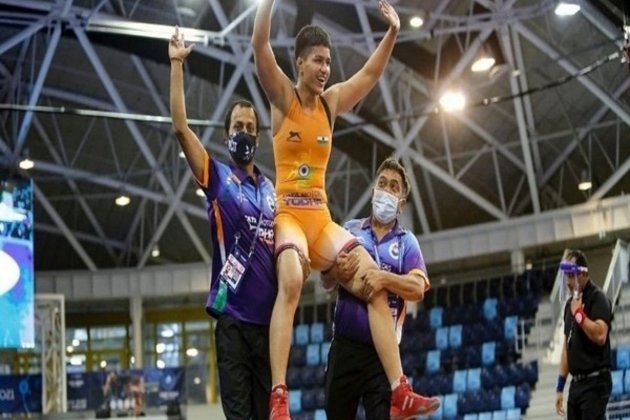 Actor Kareena Kapoor took to Instagram Story and lauded Priya on her achievement.

She posted a few emojis of the trophy and gold medal on her Instagram Story.

Actors Sagrika Ghatge and Sanjay Kapoor among many others have congratulated Priya. (ANI)