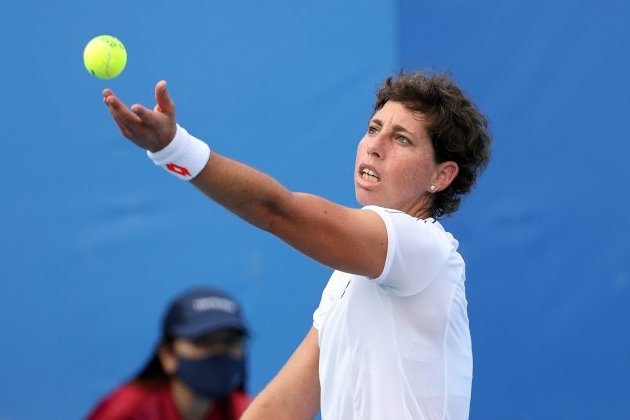 Carla Suarez Navarro secured her first win after recovering from cancer as she defeated Tunisia's Ons Jabeur in the first round of the Tokyo Olympics on Sunday.

The Spaniard, a former world number six, returned to action at the French Open last month having been diagnosed with Hodgkin's Lymphoma in September 2020.

She lost in the first round at both Roland Garros and Wimbledon, where she was beaten in three sets by eventual champion Ashleigh Barty.

But Suarez Navarro, playing at her fourth Olympics, won for the first time since February of last year, beating Wimbledon quarter-finalist Jabeur 6-4, 6-1.

"I am really happy. For me, it was tough all these months. I was so happy on the court and I really enjoyed this week," said Suarez Navarro, who underwent eight sessions of chemotherapy as part of her recovery.

"This is a really special event for me, for us, for everyone. I am really happy for my first win after the comeback."

Suarez Navarro plans to retire following the US Open in New York, but is hoping to round off her farewell tour with a flourish. She will play Wimbledon runner-up Karolina Pliskova in the second round in Japan.

"It was difficult, but I was practising a lot. I was trying to win at Roland Garros and Wimbledon but (it) was not possible," said Suarez Navarro.

"But here I am feeling really good, and I played a really good match today, and I am looking forward to the next one."