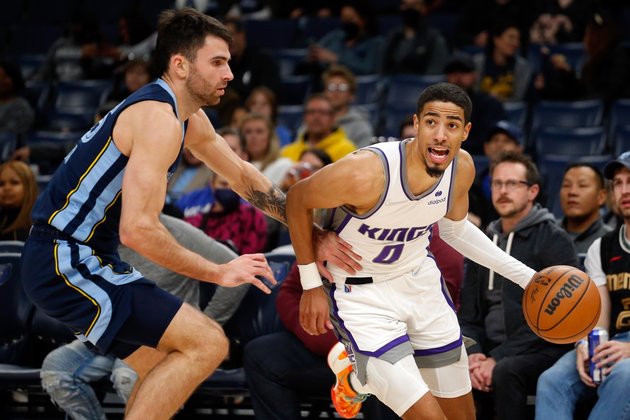 The Sacramento Kings have shown some consistency in the two weeks since coach Luke Walton was fired.

There's still plenty of room for improvement, however, and beating the Los Angeles Clippers in back-to-back games would be a major step in the right direction.

The Kings are scheduled to host the Clippers on Saturday night, three days after beating them 124-115 in Los Angeles.

That win improved Sacramento's record to 3-3 since Walton was fired early in his third season with the Kings. Alvin Gentry was named interim coach on Nov. 21.

The Kings won two of their first three under Gentry, including a wild triple-overtime win at the Los Angeles Lakers on Nov. 26, when the lead changed 23 times.

Sacramento didn't come near that performance in its next two games, however, losing by 27 points at the Memphis Grizzlies on Sunday and by 25 at the Lakers on Tuesday.

That's why its bounce-back win 24 hours later against the Clippers was so welcoming.

"We, as players, know we have to be better," Tyrese Haliburton said. "It seemed like Luke was a scapegoat at times when we weren't playing well. People were blaming him, but at the end of the day, it's on us as basketball players and we have to be better."

"Coach Gentry has done a good job in letting the players kind of have a lot to say," he said. "He comes in and we're already talking and having that conversation, and he just lets us go."

The Clippers played the Lakers for the first time this season on Friday night and came away with a 119-115 win to end a season-long three-game losing streak.

The Clippers would like to end another losing streak, and that's the three straight they've lost in the second half of back-to-back games this season.

They most recently lost to the visiting New Orleans Pelicans on Monday, a day after falling to the visiting Golden State Warriors, which started the three-game losing streak.

Los Angeles had one of its most balanced scoring games of the season against the Lakers, as six players scored between 11 and 21 points.

"Seeing us tonight, that's how we got to play," Clippers coach Tyronn Lue said. "That's the blueprint right there."

On the downside, Clippers leading scorer Paul George rolled his ankle against the Lakers after initially injuring it against the Warriors, but said he's hopeful to play against the Kings.

The Kings could get a major boost with the return of Harrison Barnes, who has missed the past four games because of a sprained right foot. He's questionable against the Clippers.

Barnes is averaging 19 points and a career-high 7.2 rebounds in 19 games this season.

Sacramento sent Barnes to their G League team on Thursday so he could get in a practice while the Kings took the day off.

Marvin Bagley (illness) is also questionable, and Maurice Harkless will miss his fourth straight game with a knee injury.