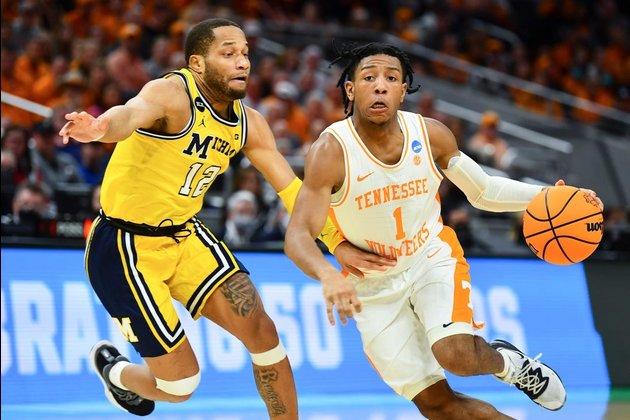 The former Tennessee point guard and the team came to terms Tuesday on a four-year, $7.1 million deal that includes a guarantee of $4.94 million -- the highest guarantee ever for an American selected in the second round, according to The Athletic.

Chandler, a 19-year-old Tennessee native, played one year with the Volunteers before he was selected 38th overall in the NBA draft last month. He was chosen by the San Antonio Spurs but immediately dealt to the Grizzlies in exchange for a 2024 second-round selection and cash.

Memphis general manager Zach Kleiman said of Chandler following the draft, "Kennedy was very high on our board going into the night. Someone we felt very strongly about. Easily could have been a first round pick of ours. So it was Kennedy being there and us aggressively trying to pursue and being able to bring (him) into the organization that caused us to really (go) out and add another person we think is going to be a real contributor and a significant part of this organization going forward."