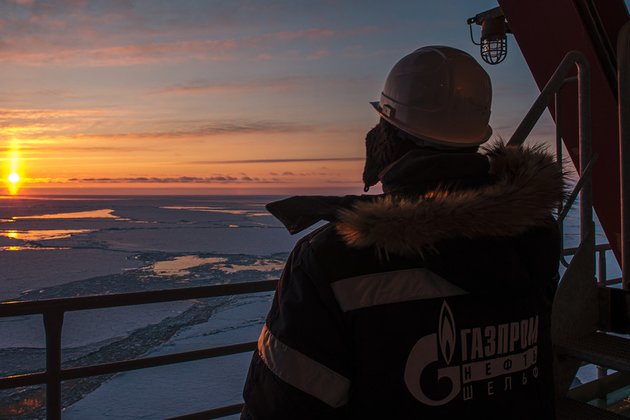 The White House is reportedly having ?multiple meetings a week? to achieve what some experts say won?t work

The US is actively working on a proposal to cap the price of Russian oil at anywhere between $40 and $60 per barrel, Bloomberg reported on Wednesday, citing unnamed sources familiar with the matter. President Joe Biden first floated the idea at last month's G7 summit.

Oil analysts are skeptical about its workability, while Russia has signaled any such attempt would actually drive prices sky-high.

Biden administration officials are "having multiple meetings a week" on the subject of the price cap, "trying to push it into reality," according to one unnamed official who spoke to Bloomberg.

Washington is also exploring enforcement tools such as sanctions on shipping companies that would transport oil at higher prices, as well as penalties on banks and financial institutions that facilitate sales. This would mark the first use of "secondary" sanctions by the US and its allies, on top of the embargoes they imposed on Russia directly citing the conflict in Ukraine.

Senior US officials have discussed capping the price of Russian oil exports for weeks, but energy experts are not convinced it could actually be implemented.

"Something like this could only work if you get all of the key producers and crucially all of the key consumers working together and then finding some way of enforcing whatever plan you come up with," independent oil analyst Neil Atkinson told CNBC last week.

"They haven't thought it through, they haven't spoken to India and China," Amrita Sen of Energy Aspects told CNBC, referring to the two biggest importers of Russian oil at the present time. "Do we really think they are going to agree to this? And do we really think that Russia will actually accept this and not retaliate? I think this sounds like a very, very good theoretical concept but it is just not going to work in practice."

When the Japanese government brought up the price cap idea earlier this week, former Russian president Dmitry Medvedev warned on social media that this could actually result in Tokyo paying $300 a barrel instead.

Biden and other G7 leaders have explicitly said the proposed price cap is about denying Russia the funding for its military operations in Ukraine - not about helping their own citizens with the pain at the pump.

Citigroup warned on Tuesday that if a global recession impacts demand, oil prices could crash to $65 per barrel by the end of 2022 and even as low as $45 in 2023. As of Wednesday, however, the Brent global benchmark was at $104 a barrel, with US West Texas Intermediate (WTI) trading just above $100.

Domino's pizza shuts down all stores across Italy

MILAN, Italy: Milano Today has reported that seven years after launching in the country, American pizza giant Domino's has now ...

TOKYO, Japan: Toyota has advised the owners of its BZ4X electric SUV to stop driving their vehicles and return them ...

WASHINGTON D.C.: The U.S.Department of Justice is reportedly preparing to sue Google as soon as next month, claiming that the ...

Stocks in Asia tread water, Japan's Nikkei 225 the only winner

SYDNEY, NSW, Australia - Stocks in Japan surged on Friday as investors and traders returned to their desks after a ...

LONDON, England: A survey conducted by YouGov and consultancy Cebr reported that UK consumer confidence slowly rose in July, after ...