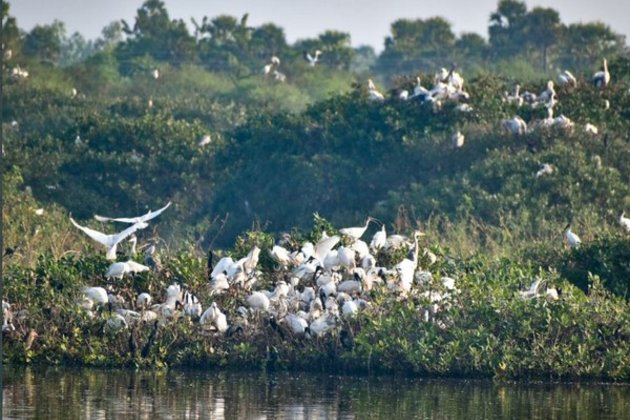 Chennai (Tamil Nadu) [India], August 4 (ANI): The Ramsar recognition tally of wetlands in the state of Tamil Nadu reached 10 after six more wetlands were added, informed the officials on Wednesday.

He further added,"This takes the Ramsar recognition tally of Tamil Nadu to 10. This International recognition is a matter of great pride and goes hand in hand with Tamil Nadu Wetland Mission. I congratulate TN Forest Department on this sterling achievement".

As per the official website of Ramsar, the Convention on Wetlands is an intergovernmental treaty that provides the framework for the conservation and wise use of wetlands and their resources.

The Convention was adopted in the Iranian city of Ramsar in 1971 and came into force in 1975. India is also one of the signatories of the convention. Since the beginning, almost 90 per cent of UN member states, from all the world's geographic regions, have acceded to become "Contracting Parties". (ANI)

SYDNEY, NSW, Australia - Stocks in China were flat to lower on Tuesday as investors weighed up the disappointing economic ...

LONDON, England: Reports from the UK's opposition Labour Party said its leader, KeirStarmer, will call for a freeze on energy ...

NEW YORK, New York - U.S. stocks continued to mend fences on Monday, with gains by all the major indices."I ...

LONDON, England: Despite a recent rebound, speculators in the international copper market, considered an indicator of the world's economic health, ...