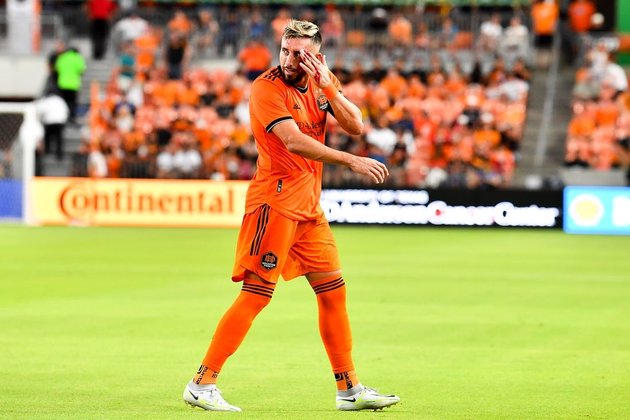 Coming off a record-setting defeat, the Houston Dynamo will try to regroup when they visit the Vancouver Whitecaps on Friday.

The Dynamo's 6-0 loss to the Philadelphia Union last Saturday marked the largest margin of defeat in Houston's franchise history. It was the biggest setback yet for a Houston team that has only one win (1-5-1) over its last seven games.

Midfielder Hector Herrera described the 6-0 loss as "unimaginable" and said his team was "embarrassed." However, Herrera felt the Dynamo "have to look at ourselves, individually, (and) as a team to get past this. There is no time to mope. We have to prepare for the next match."

With only 11 games remaining in the regular season, urgency is building for both Houston (7-12-4, 25 points) and Vancouver (7-10-6, 27 points) to get above the playoff line. The 11th-place Whitecaps sit five points behind the seventh-place Seattle Sounders for the final Western Conference postseason berth.

The Whitecaps are 0-2-3 over their last five games, but did manage a positive result in last Saturday's 1-1 draw with Nashville SC. Vancouver again displayed some late-game magic, with Javain Brown scoring the equalizer in the 87th minute.

Six of the Whitecaps' final 11 games are at home, and head coach Vanni Sartini feels his team needs to maximize those points to have a shot at the postseason.

"The big pressure are on the games at home, and I would say we welcome the pressure ... We're probably a team that reacts much better when it's under pressure," Sartini said.

The Whitecaps are unbeaten (7-0-3) in 10 all-time home games against the Dynamo.

Forward Lucas Cavallini (quad) and goalkeeper Thomas Nasal (health and safety protocol) are expected to be available for Vancouver's lineup on Friday.

Houston goalkeeper Steve Clark left Saturday's game due to injury, so Michael Nelson will likely get the start between the posts on Friday. Midfielder Matias Vera will miss the game due to a one-game suspension for yellow card accumulation.

In the two teams' first meeting of the season, the Dynamo recorded a 2-1 win over the Whitecaps in Houston on March 12.

Through investments, European Union seeks to gain influence in Pacific

WELLINGTON, New Zealand: During his visit to New Zealand, Ambassador Sujiro Seam, Head of the Delegation of the European Union ...

Noodle makers ask to increase prices after 14-years in Thailand

BANGKOK, Thailand: Instant noodle makers have asked Thailand to allow them to increase their prices to meet rising costs, which ...

U.,S. stocks back on the defensive, Nasdaq drops 164 points

Thailand to spend $62 billion to build industry in east

BANGKOK, Thailand: Thailand seeks to invest $61.97 billion in its industrial eastern region over the next five years, in a ...