FLOWER MOUND, TX / ACCESSWIRE / September 26, 2022 / Black Bird Biotech, Inc. (OTC:BBBT), manufacturer and distributor of plant-based MiteXstreamTM biopesticide, announced that it has begun testing its MiteXstreamTM biopesticide for its demonstrated capacity (1) to assist plants in nutrient absorption or (2) to act as a plant nutrient in tandem with its biopesticide capacity. The testing will determine whether the Company will be in a position to promote MiteXstreamTM as having a value proposition that, all at once, delivers high efficacy as a biopesticide and demonstrably greater plant production properties.

Within the testing, there will be several layers of analysis, including:

Will demonstrated greater bud growth, both in number and size, in MiteXstreamTM-treated cannabis plants translate to larger and/or more numerous buds on flowers, such as roses and daisies?

Will demonstrated higher levels of terpenes and THC in MiteXstreamTM-treated cannabis plants translate to better tasting fruits and vegetables? Will a tomato taste more like a tomato?

'Since developing MiteXstreamTM to protect my medical cannabis grow, I have noticed that all treated plants, not just the cannabis plants, seem to be ‘happier' after each application of MiteXstreamTM. In fact, several growers that have used MiteXstreamTM have used the term ‘happier,' without prompting, to describe the visible changes to their plants,' said Fabian Deneault, BBBT's President. 'Now, I understand that any plant will look ‘happier' when it is free of spider mites, molds and mildews, but there is much more at play with MiteXstreamTM. I firmly believe our third-party lab testing will prove yet another revolutionary capacity of MiteXstreamTM: that it both defends and nurtures treated plants. That would be a value proposition with significant market leverage.'

For news and updates, shareholders, prospective investors and prospective business partners are encouraged to follow @BBBT_Corporate on Twitter and @BlackBirdBiotech on Instagram. Also visit BBBT's corporate website, BlackBirdBiotech.com, for additional information about the company. 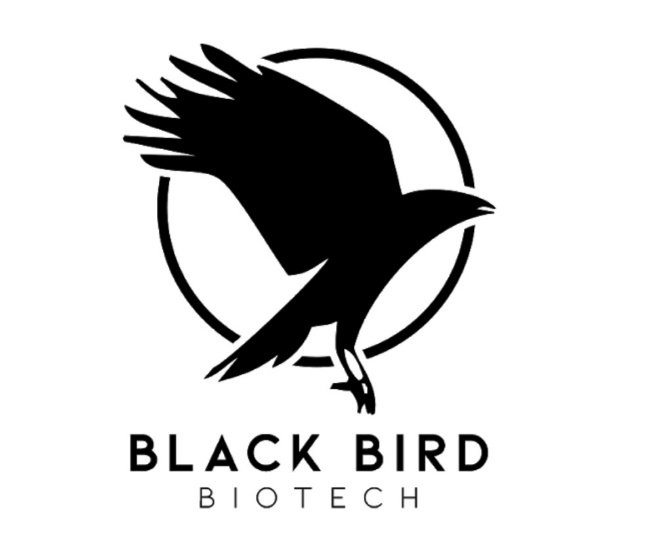 Black Bird Biotech is positioned to exploit market segments with powerful, re-imagined biotech products. Its EPA-registered biopesticide, MiteXstreamTM, eradicates mites and similar pests, including spider mites (a lethal pest in cannabis, grapes, hops, coffee, strawberries and many other agricultural crops), and eliminates molds and mildews. MiteXstreamTM is a pesticide, but it is not a poison - it's a pesticide re-imagined. The MiteXstreamTM Edges: it is HONEY BEE SAFE and it can be used through the day of harvest without concern for residual 'pesticide' violations, including as it pertains to state cannabis testing. MiteXstreamTM is the foundational element of the company that carries vast potential worldwide as a highly effective, safe and extremely cost-effective replacement for many traditional 'poisonous' pesticides.

This current press release contains 'forward-looking statements,' as that term is defined in Section 27A of the United States Securities Act of 1933, as amended, and Section 21E of the Securities Exchange Act of 1934. Statements in this press release which are not purely historical are forward-looking statements and include any statements regarding beliefs, plans, expectations or intentions regarding the future, including but not limited to, any products sold or cash flow from operations.

Actual results could differ from those projected in any forward-looking statements due to numerous factors. Such factors include, among others, the inherent uncertainties associated with distribution and difficulties associated with obtaining financing on acceptable terms. These forward-looking statements are made as of the date of this news release, and we assume no obligation to update the forward-looking statements, or to update the reasons why actual results could differ from those projected in the forward-looking statements. Although we believe that the beliefs, plans, expectations and intentions contained in this press release are reasonable, there can be no assurance that such beliefs, plans, expectations or intentions will prove to be accurate. Investors should consult all of the information set forth herein and should also refer to our most recent annual report for our last fiscal year, our quarterly reports, and other periodic reports filed from time-to-time with the Securities and Exchange Commission.

HONG KONG: Paving the way for a potential bumper payout to shareholders, HSBC has agreed to sell its business in ...

WASHINGTON D.C.: The National Retail Federation (NRF) has reported that even as inflation has negatively affected many household budgets, heavy ...

IRVING, Texas: Exxon Mobil Corp will wind down oil production in Equatorial Guinea in West Africa after its license expires ...

HOUSTON, Texas: QatarEnergy and ConocoPhillips have signed two sales and purchase export agreements covering at least a 15-year period, which ...

ISLAMABAD, Pakistan - Russia refused to give Pakistan a 30-40 percent discount on Russian crude oil, claiming that all volumes ...

BUFFALO, New York: Just ahead of the busy Thanksgiving holiday week, western New York state was hit by a snowstorm, ...

LOS ANGELES, California: Lyft and driverless technology firm Motional have announced the joint operation of a robotaxi service for residents ...

Lab-grown meat cleared by US for human consumption

WASHINGTON D.C.: The U.S. Food and Drug Administration (FDA) has announced that, for the first time it has cleared a ...

CLEVELAND, Ohio: After vandals broke into a farm and released up to 40,000 minks from their cages this week, thousands ...