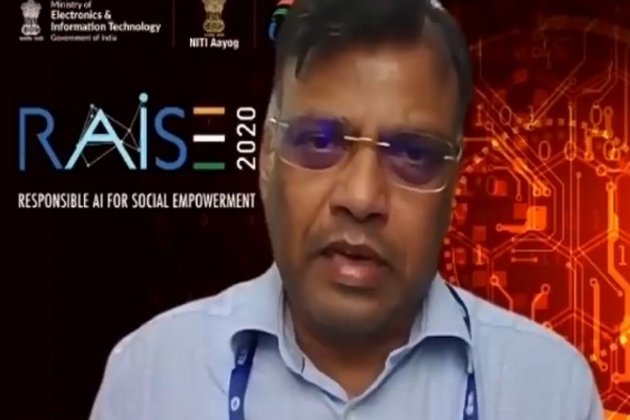 Mumbai (Maharashtra) [India], December 2 (ANI): RBI Deputy Governor T Rabi Sankar has talked about the reforms undertaken in financial benchmark administration in India as the country stands in the final stages of transition away from LIBOR towards alternative benchmarks.

Speaking on 'Financial Benchmarks in India: A Coming of Age', he said robust benchmarks promote financial stability by improving transparency in pricing and reducing information asymmetry.

"Use of benchmarks in valuation helps ascertain the fair value of a financial instrument and incentivizes trading in the instrument. Financial benchmarks also facilitate monetary policy transmission and help assess the efficacy of such transmission," he said.

Rabi Sankar was speaking at an annual dinner of the Financial Benchmarks India Ltd (FBIL) on Monday, in the presence of FBIL Chairperson Usha Thorat and CEO RN Kar and other speakers.

He said financial benchmarks, used as reference for pricing, valuation and settlement of financial instruments, were a key driver of price integrity of financial markets.

From deciding the interest rate on a retail loan to determining the pay-off in a complex derivative, financial benchmarks are ubiquitous and deeply embedded in financial systems.

T Rabi Sankar also said well-designed, robust benchmarks that are reliable and resistant to manipulation are critical for the stability of the financial system. In a sense, financial benchmarks can be seen as a public good.

Talking about loss of trust in LIBOR, he said critical to the emergence of financial benchmarks and their use is credibility and trust that the benchmarks accurately reflect the price of the referenced financial instrument. "The core issue at the loss of trust in the LIBOR lay in its measurement methodology -- the fact that it relied on estimates -- as well as the inadequacy of its governance framework," he said.

He said this triggered a series of reforms aimed primarily at changing reliance to actual traded prices and improving the integrity of benchmark administration. The resultant International Organization of Securities Commissions (IOSCO) Principles for Financial Benchmarks is today the overarching framework for ensuring best practices for benchmark administrators and submitters, according to the deputy governor.

Talking of steps taken by the central bank, he said in the backdrop of the global developments, RBI constituted a committee in 2013 chaired by P Vijaya Bhaskar, then executive director to recommend sturdy practices for financial benchmarks.

The committee made several important recommendations including creating an independent structure, separate from FIMMDA and FEDAI, the then benchmark administrators for the Indian Rupee interest rates and forex benchmarks respectively, for administration of the benchmarks.

"This, as we all know, led to the formation of FBIL," he said.

These directions apply to 'significant benchmarks' taking into consideration their use, efficiency and relevance in domestic financial markets, while providing flexibility to the administrators with regard to other benchmarks and to facilitate development of newer benchmarks.

ChallengesWhile speaking on challenges for a sturdy benchmark, he said all benchmarks are susceptible to weaknesses arising from the non-zero probability of errors of omission and commission, the liquidity and diversification of underlying markets and technology-induced changes in market microstructureHe said there was a need for constant vigilance on all these fronts even in the most liquid of markets. The need for vigilance is stronger still in case of benchmarks in less liquid, illiquid markets where benchmarks are based on polling and or model-based rates.

The Deputy Governor also dwelled upon some specific features of financial markets in India which can pose challenges for effective benchmark development and administration and for which there is need to be cognisant and watchful about. (ANI)

US concerned over rights at Mexico auto factory, seeks corrections

WASHINGTON D.C.: The US has again asked Mexico to investigate claims that workers at an auto parts facility of American ...

Concerns about recession in Germany after economy shrinks in Q4

FRANKFURT, Germany: Data released this week showed that the German economy unexpectedly shrank in the fourth quarter of 2022, indicating ...

TOKYO, Japan: In a statement posted on the website of the Chinese Embassy in Tokyo, Beijing announced that it will ...

US concerned over rights at Mexico auto factory, seeks corrections

WASHINGTON D.C.: The US has again asked Mexico to investigate claims that workers at an auto parts facility of American ...

After Biden tapped US oil reserves, House passes bill to end such uses

WASHINGTON D.C.: The US House of Representatives has passed a bill that limits the ability of US Energy Secretary Jennifer ...

BOSTON, Massachusetts: Russian businessman Vladislav Klyushin, who has ties to the Kremlin, has been accused of making tens of millions ...

TikTok CEO to appear before US Congress to discuss security concerns

WASHINGTON D.C.: As US lawmakers investigate the Chinese-owned video-sharing app TikTok, its Chief Executive, Shou Zi Chew, has confirmed that ...